Cesium Group | The Latest Drinks Developments in The Drinks Industry 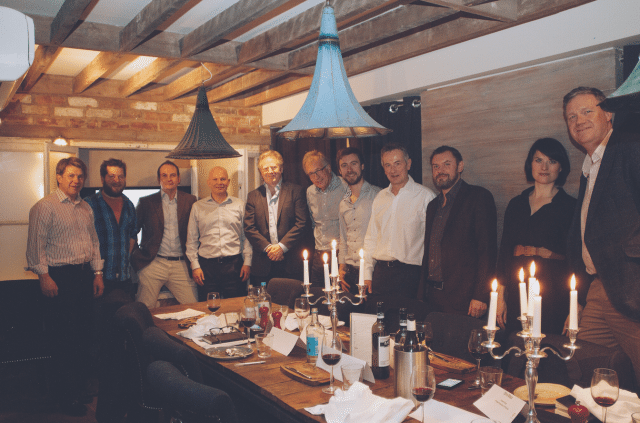 Reports marking the demise of the Great British pub and steadily lowering out-of-house alcohol consumption among British consumers could be enough to give on-trade suppliers quite the scare.

However, some suggest that it’s the perfect time to shake-up the sector and offer more bang for drinkers’ buck.This month, a collection of leading figures from the UK on-trade industry gathered to consider the current state of the behind-the-bar drinks industry. What is driving the sector currently, what has changed in recent years and what does the future hold?

These key questions were all tackled by our stellar panel of experts, beginning with an assessment of the state of the on-trade right now.

One of our panelists was more than succinct in his summation of the bar, pub and restaurant drinks trade. “The deflation in the off-trade is having an impact”, he said. “The millennial’s influence in the on-trade is having a massive impact. And we as an industry have to think about different ways of engaging with consumers and customers in order to stay relevant.”

Another saw it as a matter of expectations: what do on-trade businesses have to provide to muster an interest among potential customers? One big change is the food offering, as one of our experts was at pains to make clear:

“The key thing for me is the role of the on-trade has changed significantly. It’s very food-driven now, and the range of products that are now available on the bar are significantly different to four years ago: back then, it was the big brands that were really dominant.”

“We’ve seen that for a number of years now”, agreed another. “Room layout, outside space, events – that’s what it’s all about. It’s much more sophisticated.”

Taking an industry-wide perspective, another panelist insisted that consumers have never been provided with more choice when it comes to drinking out-of-home, and have never had more power.

“I think there’s two dynamics going on. One is the segmentation. You’ve got lots of different choices now and a lot of them are food related. Also, it’s no longer chains that dominate”, they said.

“The second thing is in the on-trade over the last five or six years customers have really begun to understand the power that they wield and people behind the bar, the mixologists, the bar staff, the bar chefs, need to understand that.”

Living up to expectations

But what has caused this shift in consumer expectation, and what exactly does it mean for the industry?

“The consumer is a lot more curious”, one panelist said. “I think generally they’re a lot more curious and actually a lot more demanding. Some consumers in the past didn’t show much of an interest, but now have a much bigger and deeper understanding, and that’s transcending itself across other product categories.

“I think it’s making people a lot more discerning and therefore when they go out they want a completely different experience from what they can get at home”, they continued.

Such a change in consumer attitudes hasn’t come as much of a surprise to some in the industry, according to one of our assembled experts.

“It’s interesting to talk about these things but should we be surprised?”, they asked. “Would you eat the same meal every night? Would you wear the same clothes every day? Would you expect to do the same thing every day? No! You would want to mix it up a bit.”

These changes have necessitated a shift in gear in the on-trade industry to keep increasingly savvy consumers tuned in.

“I think most innovations in the UK are driven by this transition”, a panelist argued. “Real entrepreneurs are doing fantastic things all over the country now. And that’s what’s the exciting part of on-trade in my view.”

This point is made clear in the number of pop-up food and drink venues bringing further variety to Britain’s on-trade environment – a process that has opened up what some call a “third space” in the trade and redefining what the sector really means compared with 3-5 years ago. “There’s transition but the long-term health is very, very exciting. We’re in the most interesting environment and there are a lot of things happening.”

And in this increasingly diverse world of the tuned-in consumer, drinks companies supplying the on-trade need to get the right people on their side, namely the influencers behind the bar and wielding the restaurant wine list: mixologists, bartenders and sommeliers.

“It’s about holding creative events in bars and pubs”, one contributor said about how to stir up excitement among friends in the frontline of the trade.

“That’s the key thing, making consumers make the decision themselves, giving just the right amount of information about a product through an experienced and trusted bartender.

Be honest, don’t take advantage of them, that’s absolutely the key thing”, they said.

Unique to the UK?

It’s easy to assume that this seismic shift in the on-trade is a uniquely British concern, but not so according to our panellists. “Central and Eastern Europe, Russia and Poland are seeing more local brands being repackaged, repositioned and given new price points and they are displacing imports”, one panelist said. “It is quite an interesting dynamic”.

And the fact that this is at the very least a Europe-wide trend lends us to the assumption that it will continue to throw up new and interesting challenges for the trade in the future, our panellists agreed, especially when it comes to new entrants to the consumer market.

“If you look at the value of alcohol sold in the UK, the overall value is about 1% up, and the on-trade is about 2% up, so it’s growing in value faster than the overall trade. That gives us a reason to be confident.”

And confident they and other on-trade drinks players should be, because while transition can always cause jitters in any industry sector, British consumers will always find a reason to celebrate, and there are few better ways to do so than enjoying a drink – increasingly accompanied with brilliant food – in a favourite pub, bar or restaurant.