“In the latest Cesium Group Thought Leadership event, key figures from the world of sparkling wine gathered to share their insights into the UK market for Champagne, Prosecco, Cava and, of course, English bubbly.” 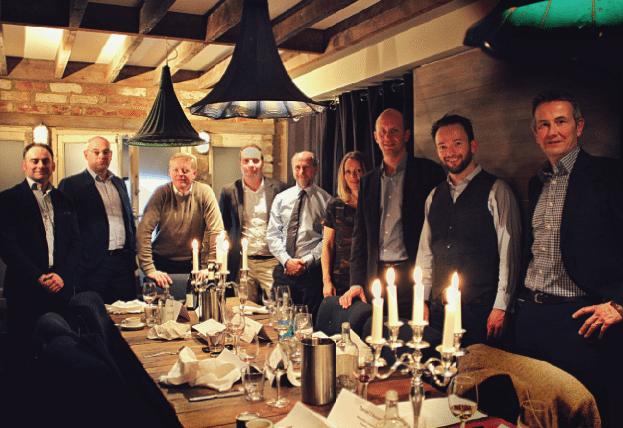 The rise of sparkling wine – from Prosecco to Cava and English bubbly brands – has been one of the hottest topics in the drinks trade in recent years.

Much has been made about the so-called ‘outsider’ regions and their potential threat to the cornerstone of the category, Champagne. However, has that threat materialised into something the maisons should be worried by? Or, as some analysts have suggested, is the recent success of the sparkling wine category as a whole indicative of a growing consumer base that will benefit all quality sparkling producers, whether or not they feature the ‘Champagne’ moniker?

These and other questions around the UK sparkling wine market formed the latest Cesium Group Thought Leadership discussion, titled: “The Future of the Champagne, English sparkling wine, Prosecco and Cava category”, which saw some of the leading figures in the trade gather to share their thoughts and opinions on all things sparkling. 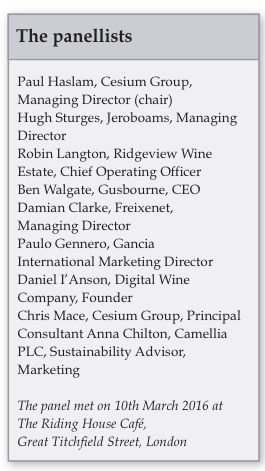 State of the sector

First things first: what is the state of the sparkling wine category at the moment, and how much progress have the likes of English sparkling wine, Cava and of course Prosecco made in the UK?

“If you look at total sparkling wine consumption it is rising significantly. Current MAT value growth is +22% off-trade and +44% on-trade. There might be some decrease in Champagne volumes, but actually overall there has been a big growth in the whole category.”

One of our contributors focussed particularly on the Prosecco boom in their response, playing down fears of it being completely detrimental to the Champagne category, while agreeing that it has seen pockets of good growth.

“Prosecco has grown in the UK largely incrementally. It’s taken from Champagne in the sense that it has been the choice of the savvy consumer during the more recessionary period. So it’s very socially acceptable to drink it, and it has not hugely damaged Champagne.”

As for English sparkling wine and its potential to take off internationally as well as in the UK, one approach has been to get official designation of origin status in the manner of the other major sparkling sub-categories, as has just been achieved by Sussex winemakers.

However, the idea of breaking up the already-existing Protected Designation of Origin for English winemakers into a county-by-county basis certainly left some of our industry contributors scratching their heads.

“Personally, the PDO is incredibly broad and it covers a huge range of soils, of different wine styles and a plethora of grape varieties. The control of the wine quality is not significantly different to the English sparkling wine PDO. So I’m not exactly sure what it achieves.”

Another agreed, saying: “I don’t think we need a generic body in Sussex. We’ve got English Wine Producers with a good marketing team and I think we need maybe a bit of both.”

“I’m not sure it means too much for the Champagne houses, with perhaps the exception of English sparkling,” one of our guests suggested, pointing out the fact that many English wine brands are marketed at a high price point in direct competition with their French neighbours across the Channel.

“I think it’s probably going to be the real competitor to Champagne in terms of a certain price point and possibly a certain group of consumers going forward.”

Similarly, while it was earlier claimed that Prosecco hasn’t yet made significant inroads into Champagne sales, it was generally agreed by our panel that the Italian sparkler – which typically sold at a lower price point – could disrupt the performance of more entry-level Champagne brands. That point is especially valid when taking account what is considered to be Prosecco’s more “accessible” style.

However, Champagne producers can see a silver lining in this process, as lower-end Proseccos and Cavas are undoubtedly attracting a whole new consumer to sparkling wine who may be easily convinced to trade up to Champagne for special occasions whereas before they wouldn’t have even considered reaching for a bottle of bubbly at all.

“The job for the Champagne houses is to try and expand the repertoire of those consumers now that they’re in this part of the category”, one panellist said. “They clearly enjoy it, and Prosecco and Cava represent an way into the category.”

“I think actually there’s also a possible transfer from spirits to wine”, another panellist said, citing the kind of consumer who would have previously opted for a gin and tonic is now punting for a Prosecco at the bar.

However, as with everything, investment in educating the consumer is central to the trade-up effort. Prosecco’s strength has been its accessibility. Prosecco is the ‘brand’ and consumers feel it’s a safe choice.

The consumer can just ask for or pick up any Prosecco, they don’t need to decide which brand they want or which type of wine their friends will like. In this context the job of building a true Prosecco brand will be difficult and expensive – and it could result in a long-term downfall for both it and other, more expensive sparkling wines.

“I don’t think that anyone will be able to do a job of building a Prosecco brand unless they can really put millions into educating consumers. I wonder how they can do that considering the cost of the liquid at the moment, which is worth a lot because of the high demand”, one panellist warned.

“I understand the need for investment to teach a whole lot of potential future educators who will in turn pass that knowledge on,” agreed a fellow attendee.

That applies to English sparkling wine too, as one panellist said, railing against the lack of English wine on the curriculums of wine education bodies.

So, the take-home message from this month’s Thought Leadership event was fairly conclusive: with targeted investment in smoothing the transition from entry-level Cavas and Proseccos, and a healthy rivalry between more premium English sparklers and Champagne brands pushing up quality, there is little to stop the sparkling wine category as a whole continuing to go from strength to strength.