THE RISE OF CRAFT

“In the latest Cesium Group Thought Leadership event, key drinks trade figures came together to discuss the rise of artisanal spirits and what it means for big brands.” 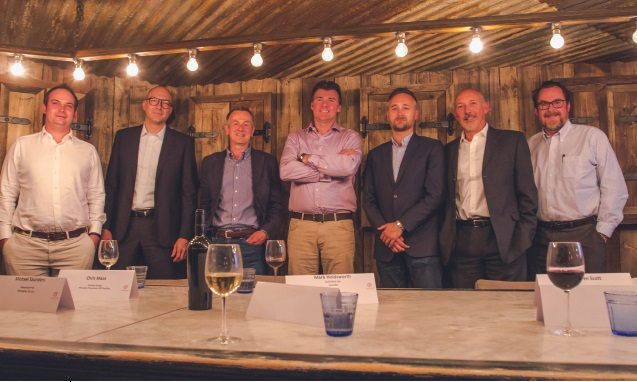 First it was beer, now the artisanal spirits boom is in full swing. In 2015 Marketing Week said gin sales were expected to top £1bn for the first time – largely thanks to clever marketing by brands who were appealing to millennials and persuading them to trade up. Meanwhile, the drinks business’s sister title, The Spirits Business, reported on a record number of craft distilleries opening in the UK. But for all this spectacular growth, confusion persists about the very fundamentals of the category. What actually counts as ‘artisanal’? This is a crucial question, not just for the small independent distillers popping up across the globe, but for big brands who cannot afford to be caught napping as so many were during the craft beer boom.

WHAT IS ‘ARTISANAL’?
The key points discussed by the Cesium Group Thought Leadership participants, therefore, were 1 – what counts as ‘artisanal’? and 2 – what does the artisanal boom mean for big spirits brands? Early on in the discussion one panellist suggested it may be helpful to draw a distinction between what is ‘artisanal’ and what is ‘craft’ – that is, between handcrafted and ‘craft’ – given that corporates were becoming ‘crafty’ while not producing handcrafted products. Regarding the definition of ‘artisanal’, one panellist drew attention to the definition of the category used in the US, which is based on volume or production level, in a similar way to what is done for beer. A  couple of definitions were shared as follows: ”(of a product, especially food or drink) made in a traditional or non-mechanised way” (Google) and “pertaining to or noting a
high-quality or distinctive product made in small quantities, usually by hand or using traditional methods” (Dictionary.com).

So far, so clear, but as another panellist pointed out, such a definition was not reflected in what the consumer thinks. The speaker cited an important piece of research conducted by Mintel in November 2015, which concluded that the meaning of ‘craft’ depends on context – how one phrases the question and who one asks. “They asked a sample what did craft mean: handmade? Local? Small? Expensive? 47% was ‘has a unique flavour’, 42% said ‘uses high quality ingredients’, 41% ‘more time and care taken in production’,” he said.

The panellist went on to say that consumer perceptions of craft had begun to shift, with an understanding of ‘craft’ as based on small volumes, a high level of human input, noncorporate ownership, production under a single brand and higher price than its mainstream equivalent. While one panellist expressed surprise that flavour should be such a defining factor of craft, another pointed out that it ultimately “should be the outcome – with all the effort that craft goes to”.

A counter-argument was that many product that describe themselves as a craft liquid are no different from ‘non-craft’ products – because, it was said, ‘craft’ is more about process than flavour profile. Another suggestion was that human intervention was the decisive marker of in a product’s craft credentials, with factors such as provenance and size secondary elements. “I think it’s story and it’s differentiation, ultimately,” one panellist said. “Provenance and everything, I think, is less valued.”

DOES SIZE MATTER?
The group went on the ask whether there is a legitimate distinction between ‘craft’ and ‘crafted’, and, ultimately, what message do these labels send to consumers? One panellist raised the example of an Islay distillery where every bottle that goes out of the distillery is handmade on the island, no part of the production process is computerised, yet the distillery is a big employer producing more than one million litres of alcohol a year – such a distillery, it was argued, had just claim to the ‘craft’  label.

However, as one panellist observed, “if that doesn’t come through in both the flavour profile and the branding, it’s worthless”. “You can be bad at craft,” another added. “Not all craft is good craft.” One member of the group made the point that all Scotch whisky could legitimately be described as ‘craft’. “I think that’s the point,” another agreed. “Without disparaging the competition, all whiskeys are great whiskeys but some are more computer-controlled… There is an element of that in the bigger  whiskey companies: it is computerised [but] it’s distilled on the island, then it goes into the barrel, then they take it off the island and they stick it in a warehouse. “That’s what happens with some very big brands in the UK marketplace. We all know that, we know where it comes from, we’re involved, it matures on the loch side, so all the input is very authentic…”

WHAT IS DRIVING CRAFT?
The discussion moved on to the question of what is driving the craft category. The panel was unanimous in adducing “the younger generation, the millennials”. One commented: “It’s the completely opposite mechanism from our generation. “I believe that is a lot of what is fuelling the craft wave on gin, on other products, is… these consumers seeking something that is not a massive product, something that is not this kind of brand that’s been there for years, and they’re seeking elements that may differentiate them from the others, and help them to build their own style within their group of friends.”

THE HALO EFFECT
Giving further thought to what the craft boom means for big spirits brands, one commentator pointed out that there was only so far small, artisanal brands could go; after that, the big brands could take the craft message further. “Its creating massive interest but actually all of those brands can’t be nationally distributed because they  haven’t got the mechanism, the route-to-market, and all of that boring stuff. So actually the bigger brands that are more premium take a benefit from the artisanal brands, without a doubt,” he said.

While some big spirits brands had seized the day with respect to the craft boom (Jack Daniel’s, for example), others, some members of the panel believed, had failed to effectively communicate their ‘craft’ story (Bacardi, Martini). “My view is that the consumer argument carried through to the trade but Bacardi and Martini stopped telling the trade about how well it was made,” one said. “I’ve been to Puerto Rico, I’ve seen the ageing rums. It’s staggering – the handcraft, the people, it’s unbelievably artisanal. “[We’re] all so busy building emotional benefit for our consumers, we forgot that our product had this charming history, lots of intrinsic value that we’ve never  leveraged,” another added.

A TRANSITION PERIOD
Whatever the answer, what’s clear is that a transition is happening, and big spirits brands, be they whisky, gin, vodka or any other category, selling a high-quality,  premium product have a huge opportunity the capitalise on the consumer buzz around craft – so long as they can communicate the core values of the brand.
“The intrinsic values of the brand, that’s what’s important,” one panellist concluded. “So it needs to be coherent, it needs to bring together a number of different elements to be a coherent offering to the consumer.”